There are two approaches to estimate tasks

When you estimate, it is OK to trust your gut or intuition. It should rarely be your primary basis for an estimate, but an estimate feels wrong, it probably is. And although gut feel / intuition can play a small role in estimating some estimates, there is no room for wild guesses that aren’t based on anything.

A better approach than gut feel is estimating by analogy. This refers to estimating something by comparing to some other, similar thing with which you are more familiar.

Because triangulating can become a natural part of the discussion while estimating, it should be done on all or nearly all product backlog items. It is not something you use on only the most important items.

The last word about estimating that I want to say is be careful when disaggregating stories into smaller tasks. A little bit effort goes a long way, but more effort only helps a little.


Round estimates up when needed. Work expands when looked at in detail. 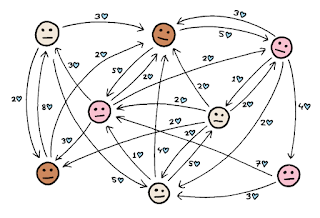